YUMA, COLORADO — May 2015 — In this day and age of variable rate fertilizer applications, variable rate seeding and variable rate irrigation, there has still been one thing missing … until now. With the introduction of its reflex® Variable Rate Fertigation® system, Agri-Inject permits fully programmable variable rate application of nitrogen through a center pivot or lateral irrigation system.

According to Erik Tribelhorn, CEO of Agri-Inject, the reflex intelligent injection control system was introduced nearly two years ago to provide responsive control of fertilizer or chemical flow into the system to match changing irrigation conditions. In effect, reflex senses changing water flow rates and automatically adjusts the rate of the injection pump to ensure consistent, fertilizer dosing, whether the variable flow rates are the result of a corner span extending, change in pivot speed or changing flow rate from the pump. The system continues to be an invaluable tool for those reasons, particularly among farmers who apply chemicals through a center pivot corner system to ensure corners aren’t under-fertilized or under-treated when the swing arm extends to cover the additional acres.

“However, since then, we’ve used that flow-based injection technology to develop intelligent injection control for variable rate fertigation,” Tribelhorn says. “Now, producers can apply fertilizer through the pivot to either match flow rate or to match a fertilizer prescription, just as they vary water applications to a prescription. In fact, reflex even allows the producer to variable rate water and fertilizer applications independently.”

As Tribelhorn explains, the reflex system works with any Agri-Inject metering pump from 0.7 to 227 gallons per hour and is engineered to interface with existing variable rate irrigation (VRI) controllers that have a fertigation prescription output, including the VRI controller on Reinke systems and any system with an AgSense controller. The system offers a user-friendly control panel built to industrial standards that includes a backlit touch screen, as well as a tamper-resistant door. The system is also available in three-phase 240 or 480 volts and single phase 115 or 230 volts.

“At this point the VRF prescriptions are based on the same ‘pie shapes’ that are available for variable rate irrigation prescriptions,” he adds. “So, on systems that allow variations for every six degrees of rotation, that’s 60 different segments throughout the field that can be fertilized independently. There may be times the producer wants to vary fertilizer in a direct relationship with the water application, injecting the product in proportion to the flow. Other times, he may choose to put a little more fertilizer on one area, even as the water rate is reduced. And there may be times he wants to run water at 90 percent, while cutting fertilizer back to 70 percent. With the reflex system, he can do any of those things, taking as little as five minutes to set up the reflex panel and program the rate.”

To learn more about Agri-Inject or the exclusive Apply Yourself app, call 970-848-5336 or 800-4-INJECT, or view the full line of products
at www.agri-inject.com. 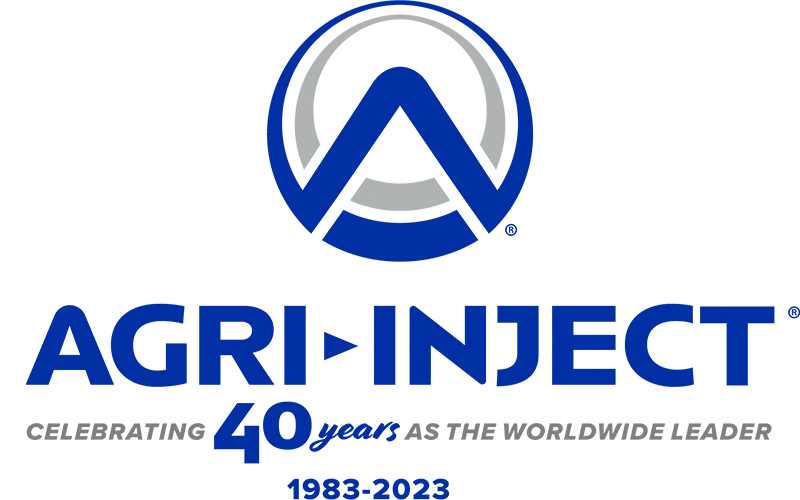